​An offshore gas well owned by a major Dutch operator had been offline for several years because of a stuck fish. The well temperature was 116 deg C, and the fluid was opaque. Around the suspected depth of the fish the well ID narrowed due to a nipple. In order to choose the correct intervention plan it was necessary to determine if the fish was above or below the nipple profile. Previous attempts to determine the fish depth had been unsuccessful, so the client requested running the VR90s Advanced Diagnostic Service. The objective was to determine if the position of the fish was in the crossover or above, and to provide measurements of the fish top if it was above the nipple profile.


​The VR90s tool was run in hole until it tagged an obstruction, which upon imaging, was revealed to be the nipple. The X-ray image (right, top) shows the 2.9 in nipple ID, highlighted by the circle. The red and orange region indicates debris on the low side of the well.

​The VR90s tool's built-in positioning module was then used to move the VR90s tool 5.5 cm above the nipple. A new X-ray image was acquired (right, bottom), revealing a round profile with a 3.5 in ID. The red and orange region indicate debris on the low side of the well, and the upper portion of the ID appears to be free of fluid, indicating that the ID is not completely filled with debris.

The results demonstrated that the stuck fish was located below the nipple, and while there was sand-like debris in the low side of the well, it did not completely obstruct the nipple profile. It was apparent that the stuck fish could not be retrieved through straightforward fishing methods.


By running the VR90s service, the client was finally able to obtain images despite the conditions within their well, and ascertain the location of the fish. The VR90s diagnosis provided the client with a better foundation for decision-making, subsequently de-risking their future intervention plan. 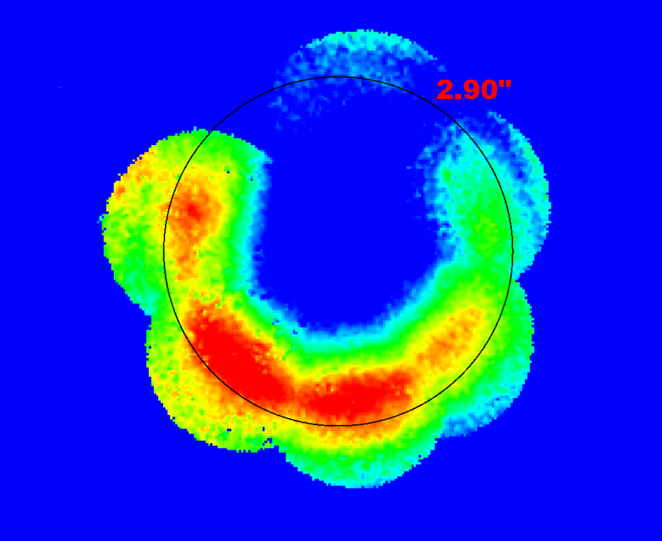 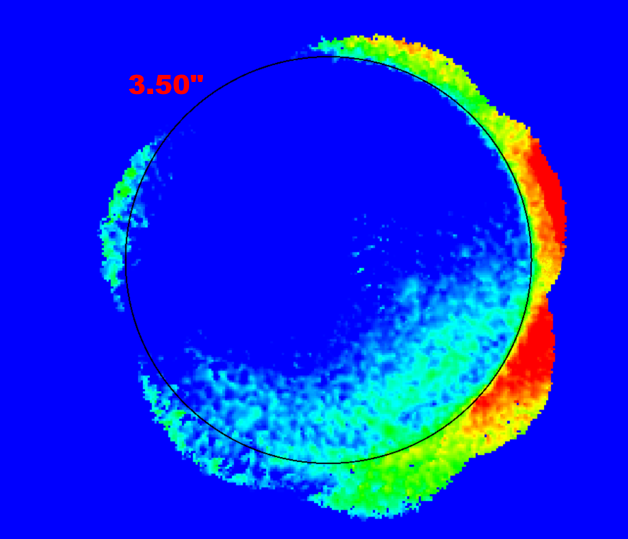