Netherlands operator TAQA Energy B.V. ran into a problem when a bottom-hole assembly became stuck in a well as part of a gas storage project. The top of the fish, believed to be a coiled-tubing disconnect, was at a depth of approximately 2500 meters. At that depth the well was inclined at 45 degrees and the temperature was 85°C. The well was under pressure at 80 bars, and the well fluid was an opaque brine, ruling out conventional imaging techniques such as optical cameras. The key client requirement was to image the top of the bottom-hole assembly with quantitative accuracy, so as to ensure a successful latch onto the fish, and ultimately a speedy commissioning of the well.


Visuray proposed running their VR90 X-ray diagnostic tool to provide the required imaging.The VR90 boasts a revolutionary X-ray source that emits X-rays from the bottom of the tool to image the volume immediately below. High-resolution detection of the backscattered radiation is then converted into dimensionally accurate 2D and 3D images using an innovative reconstruction technique. By using X-rays rather than other conventional methods such as optical cameras and ultrasonic devices, the VR90 tool can work in any downhole production fl uid, even the most opaque.

In this case, the VR90 was run in the client’s well to tag the bottom-hole assembly, and clear 2D and 3D images of the fish were obtained in minutes. The 3D images below are, left to right, a reconstruction of the top of the fish and a slice through the same reconstruction. The outermost circular object is the coiled-tubing disconnect, while the eccentered circular object positioned inside and below the disconnect is suspected to be debris that has accumulated inside the downhole assembly.

Real-time analysis of the 2D image (top right) showed the outer and inner diameter of the fish to be 73 ±1 mm and 62 ±1 mm respectively (red circles). As these measurements matched exactly the coiled-tubing disconnect, the VR90 survey confirmed that the fish was indeed the coiled-tubing disconnect and that the disconnect was intact. (Missing parts of the images are outside the field of view of the instrument.) The green circles outline the debris.

2. By running the VR90, the client used the only method available for obtaining accurate downhole images in an opaque well fluid.

3. The clear and accurate VR90 images allowed the client to conduct a fishing operation that succeeded in one run. 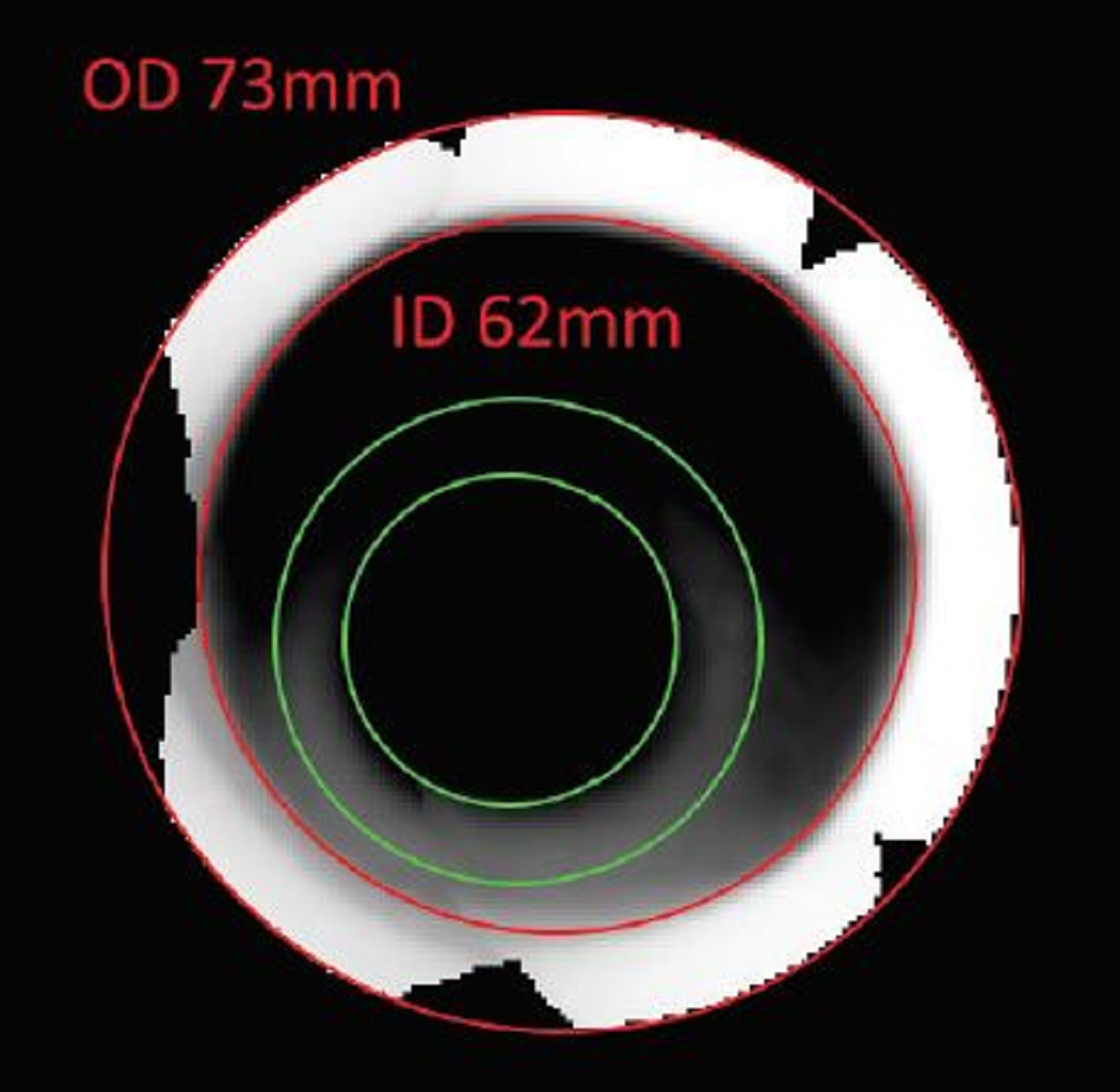 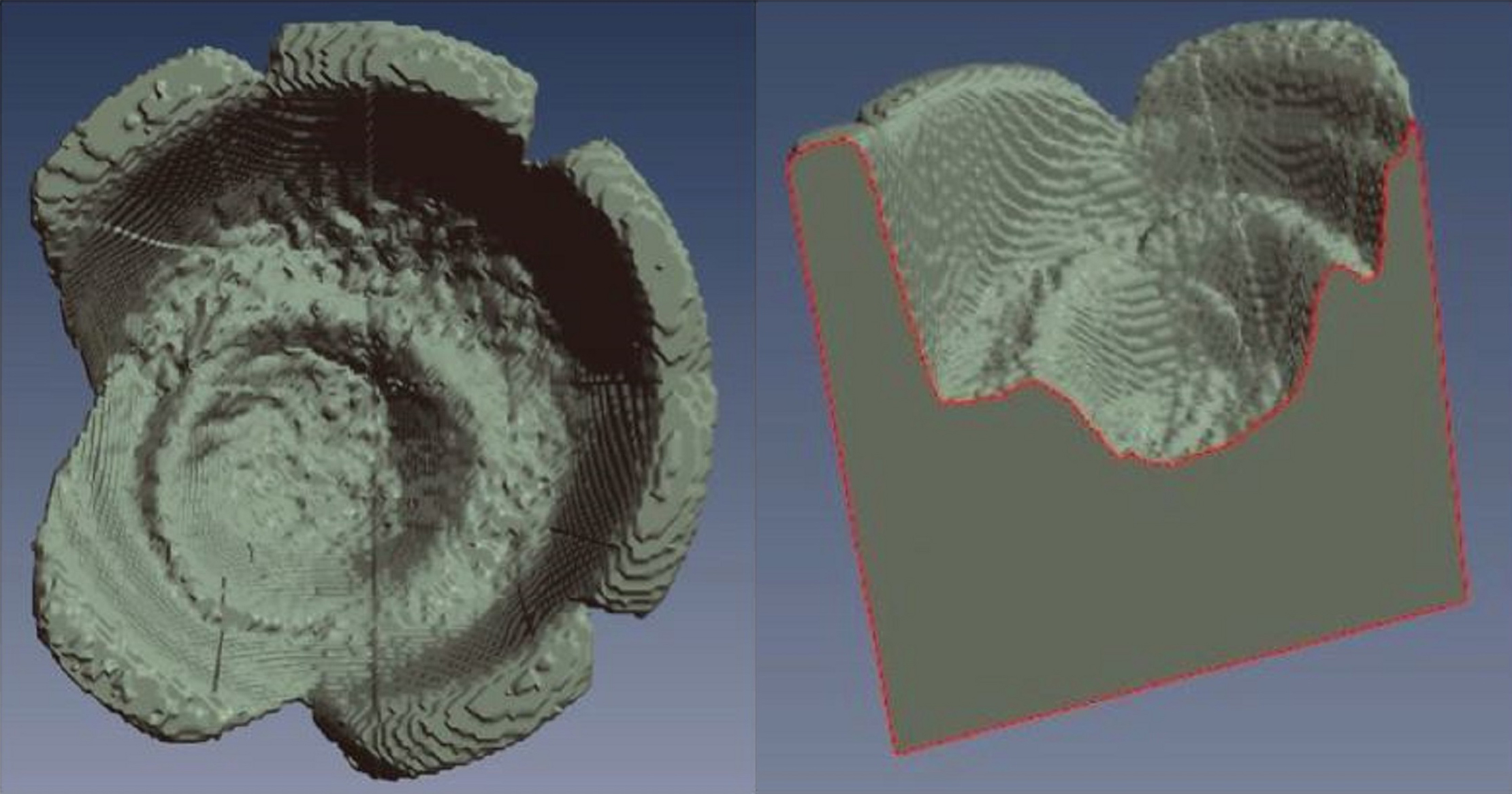