In an offshore horizontal well, a North Sea operator encountered an unexpected restriction below the wireline entry guide. To investigate the restriction, the operator first performed a series of lead impression block (LIB) runs which yielded inconclusive results. At this time, the operator suspected the restriction miggt be a retrievable plug originally placed 200 meters further down the well, but that had perhaps been pushed upwards. Multiple attempts to return the well to production failed, so the operator decided to diagnose the restriction. This time, Visuray's VR90 downhole X-ray diagnostic service was run. The objective was to verify the operator's suspicion and decide on the most suitable fishing approach.


The VR90 tool was tractored until it was held up at a depth of nearly 3000 meters. The first imaging sequence showed a debris field very close to the bottom nose of the tool with a diameter which matched the inner diameter of the retrievable plug. From the information on the plug dimensions and the measured distance to the debris field, it was determind that the tool was resting inside the plug's fishing profile. The figures on the right show the debris field reconstruction produced by the VR90 tool superimposed on a 3D CAD model of the retrievable plug.

A second imaging sequence was performed outside the fishing profile, approximately 0.5 meters above the first position. It indicated a curved unobstructed object eccentered in the well consistent with the top of the plug.

From the imaging and inclination data from the VR90 tool and the geometrical information about the plug, it was deduced that the plug's fishing profile was free, filled with debris and eccentered in the well. This allowed the operator to discard the LIB conclusions and to successfully retrieve the plug. 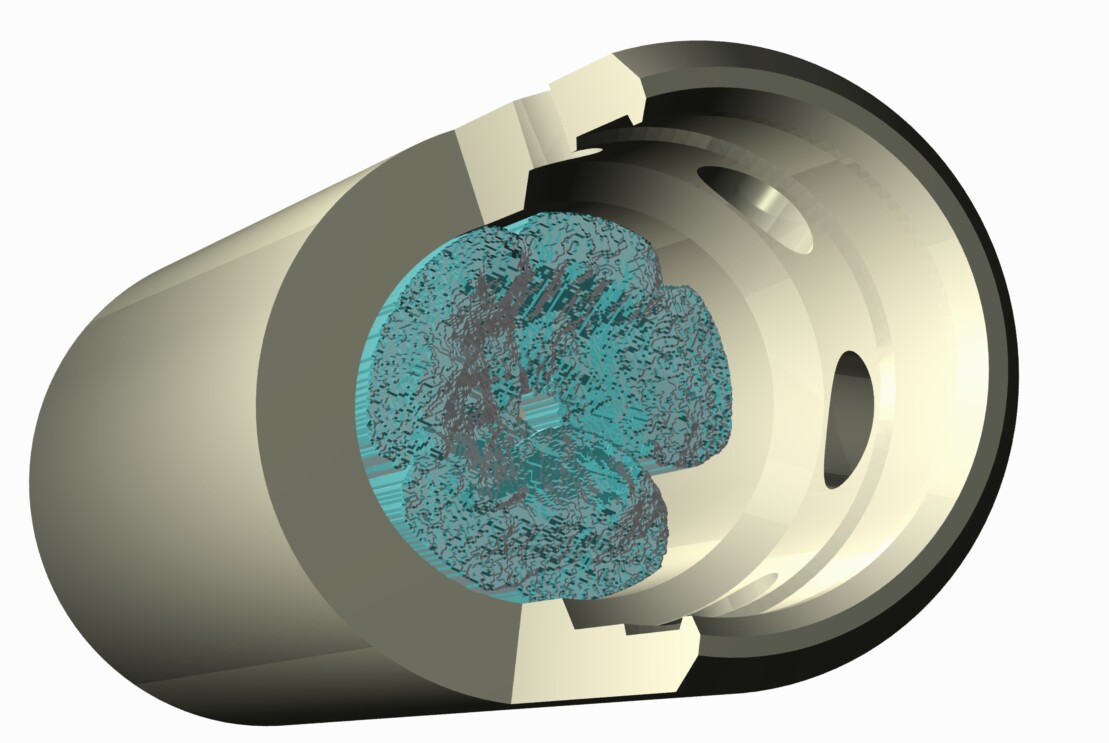 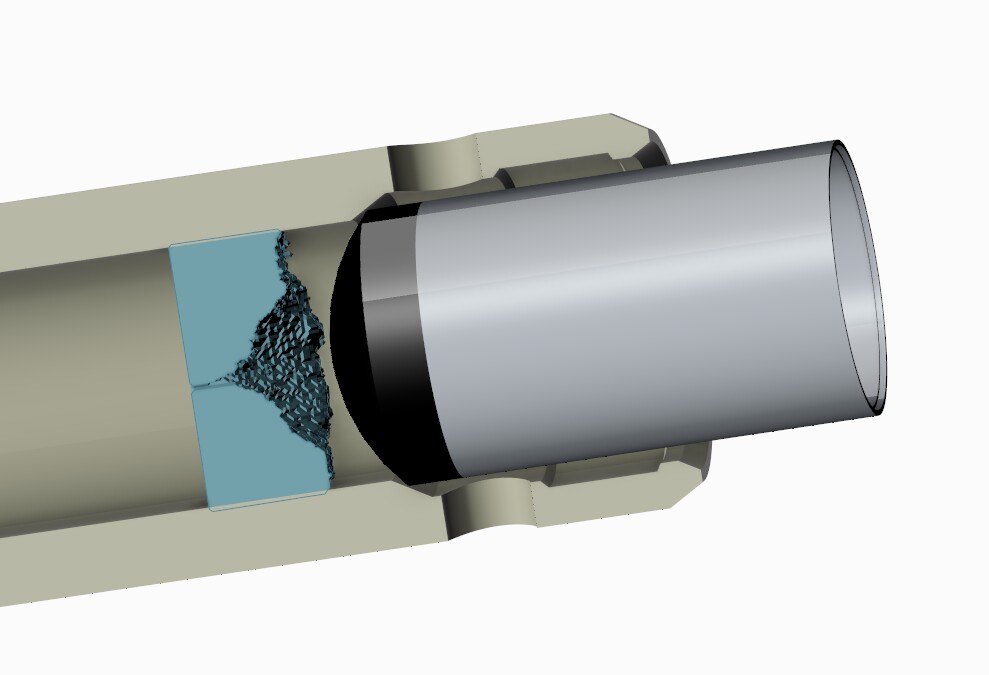